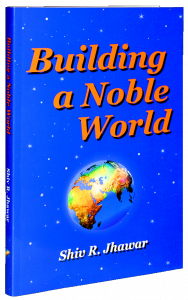 The “Enrolled Agent” designation is the highest credential the IRS awards. Enrolled” meaning granted a license to practice by the United States Department of the Treasury. The federal government, not the states, issues EA licenses. Unlike CPAs, who can only practice in certain states, an EA can practice in all 50 states.

Shiv R. Jhawar is listed as a notable individual on Wikipedia. Jhawar received the Albert Nelson Marquis Lifetime Achievement Award in 2018 in recognition of his numerous accomplishments.

SRJ Consulting is listed in the Best Rated Tax Preparer in Chicago by ptin.org (click here to view). Kev’s Best, a blog that rates businesses, ranks SRJ Consulting among 5 Best Auditors in Chicago.

With a keen interest in computer technology, Jhawar has written his own accounting software, which he uses in his tax accounting practice.

“This man knows what he is talking about when it comes to taxes,” say clients.

Anvi Parikh is licensed to practice before the Internal Revenue Service (IRS). Enrolled Agents (EAs) are the only federally licensed tax practitioners who specialize in taxation and also have unlimited rights to represent taxpayers before the IRS.

Anvi graduated with Bachelor degree from Ohio Wesleyan University (Delaware, Ohio) majoring in Accounting in 2005. She has been working at SRJ Consulting for over 15 years, assisting Shiv Jhawar in his tax practice.